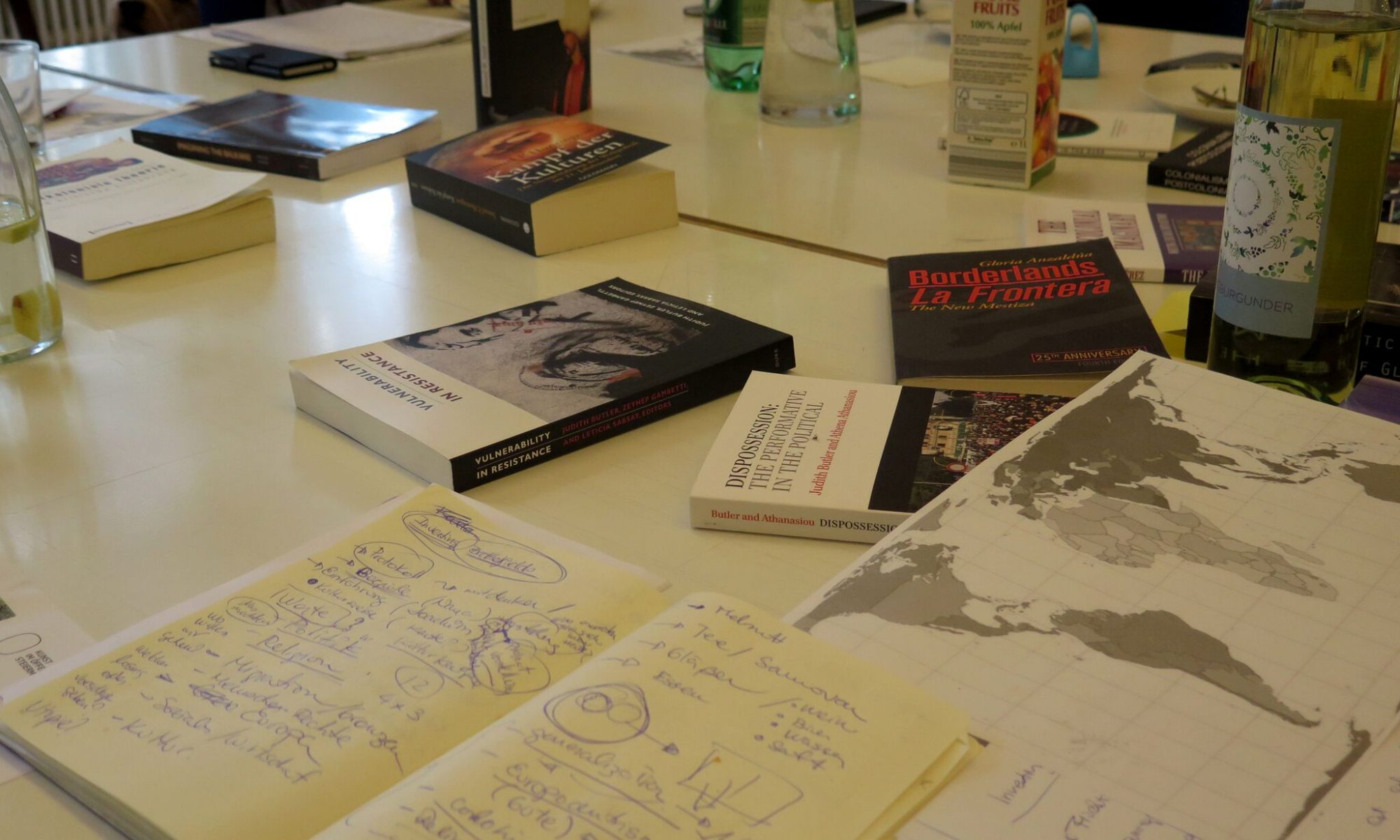 The first meeting took place in a intimate circle with eight people of different artistic, political and social academic backgrounds. The kick-off priority was set to get to know each other, to try out possibilities of discussion and to set up a common structure  for the following sessions.

Joachim Hainzl gave an input on the subject which, in his view, is an important basis for discussions within the group. He centered the discussion around the so called “cultural circles”, taking in consideration the increase of political and media discussions around diversity and  how it depends or not on the geographical origin and / or religion of People.

The discussion evolved around different ideas on the current social and political situation in different areas, including eastern and western Europe,  and also other parts of the world. The main focus was on possibilities and strategies for understanding the circumstances and advantages of a ‘togetherness’  and this can differentiates from  geographical-deterministic and nationalistic discourses.

The Round-Table will continue  in autumn around similar topics with the aim of translating different ideas by actively using art, social engagement and activism.

3rd Iteration | 12 of December in Graz