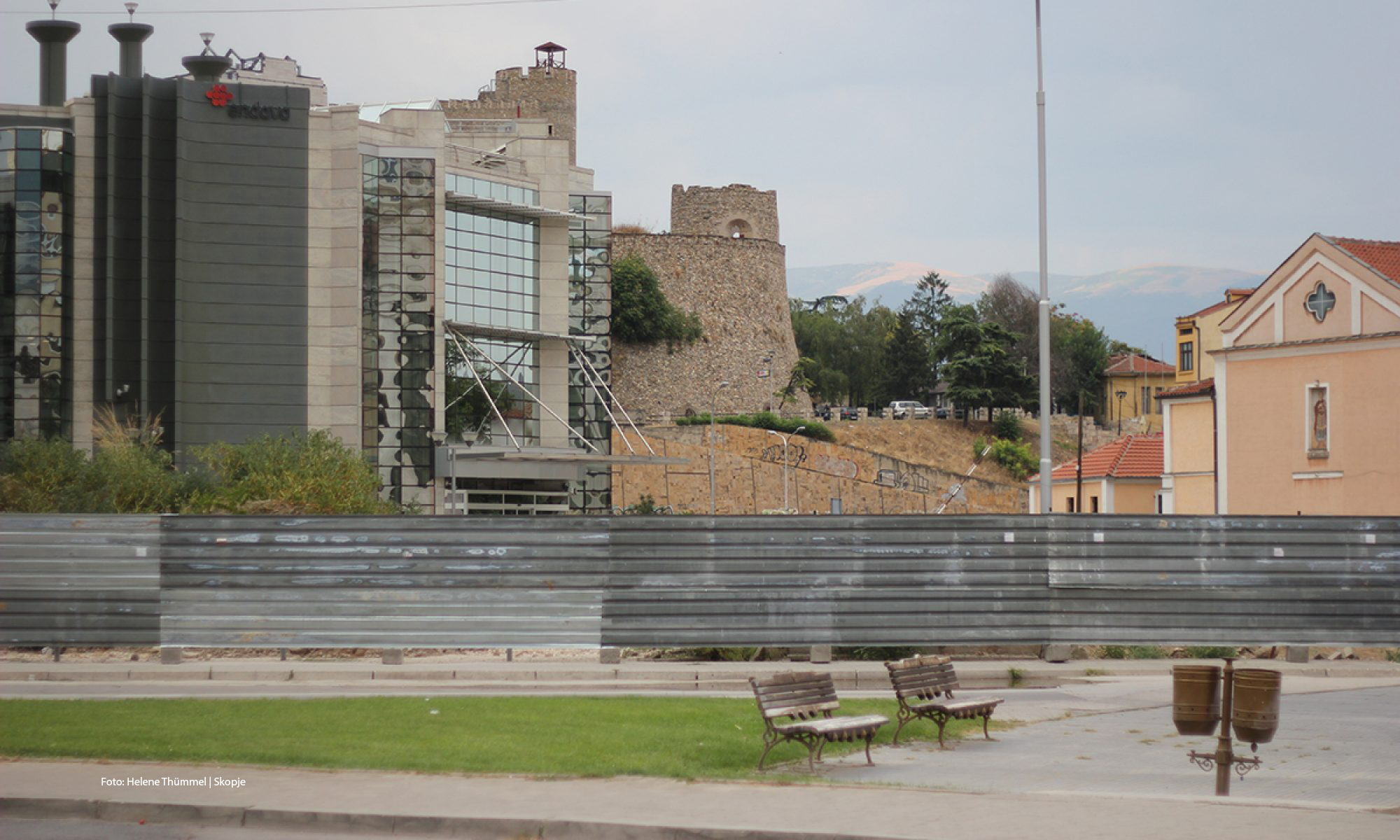 Against Europe as a fortress

Over the past couple of years, we have witnessed a systematic deterioration in the primordial values that construct the idea of a free, egalitarian and balanced Europe.

There has been an unexpected renaissance of nationalist movements, images of cultural animosities and the celebration of negative stereotypes.
We have watched with terror as far-right thinking has thrived, and the mistreatment of people seeking asylum has become normal.

We experience a constant misuse of the refugee situation in creating a public matrix of opinion that produces fear, declaring this ‘danger’ from abroad – this panic caused by the ‘other’ from other beliefs – as the cause of the current difficulties. But all of these elements demonstrate that the real “crisis” developing at the moment is that of European identity.

The idea of the European Union as a peace-building project, which sought to draw its lessons from the devastating effects of centuries-old nationalist-argued enmities, despising racist ideologies and undemocratic governing powers, was implemented in many areas at least for the citizens of the growing European Union.

In the Schengen area the national borders were almost imperceptible to the people passing through them. The re-awakening of a mentality closed in by narrow nationalist boundaries and the re-establishing of real border fences and controls within this area are the gloomy symptoms of a relapse into the dark times of past European history, with fragmented and rival identities.

Over the last few years, hundreds of thousands of people have fled to ‘Europe’ for various comprehensible reasons – escaping war, oppression, persecution and misery. Many of them associate ‘Europe’ with images of freedom, democracy, education and social security and are willing to cross boundaries in order to construct a better and safe future for themselves and their children.

According to the pattern of exclusionary, Eurocentric ‘cultural circle’ theories, arrival becomes a negative image of the ‘other’, thus under this misleading Eurocentric perspective the active capacity to defend democratic human rights is denied to the newcomers by pushing through old North-South and religious-cultural oriental stereotypes.

Reflecting on our own dark histories and traumas

In recent years, decades or even centuries, have there actually been European countries that were free of destructive or warlike conflicts or free from refugee movements? We believe that ‘we’ must face our past and our repressed trauma in order to learn from it. Only those who know themselves better are able to approach those perceived as ‘others’ more openly. By understanding the trauma, we can lay the foundations for a better united future.

So instead of being centred on the newcomers as a population of investigation, our project seeks to thematise problematic historical events and places in the region of Central and South-East Europe over the last few centuries. These past times are ridden with wars motivated by religion, ideology and nationalism. They resulted in destruction, forced migration and intense internal movement.

The time has come to reorient ideas into self-evaluation and to increase understanding around European diversity. How can we imagine living peacefully together in tolerance and diversity within a common future? How can we understand ‘integration’ in a larger European context?

For an open-minded European identity

Confronting trauma is, to our understanding, a path towards healing and transforming the past and thus a way to generate common ground to produce a better, inclusive and more welcoming atmosphere for all.

We, as artists and socially engaged citizens, within and outside of the European Union, consider a conscious reaction against the right-wing wave to be of great importance, by taking into our hands the crisis of values and aiming to break the nationalistic fever.

The last few years have shown an increased commitment of civil society (including a lot of engaged artists) concerned with the defence of European values, on the basis of openness, respect and acceptance. Our project seeks to continue these initiatives by fostering international exchange and interdisciplinary work.