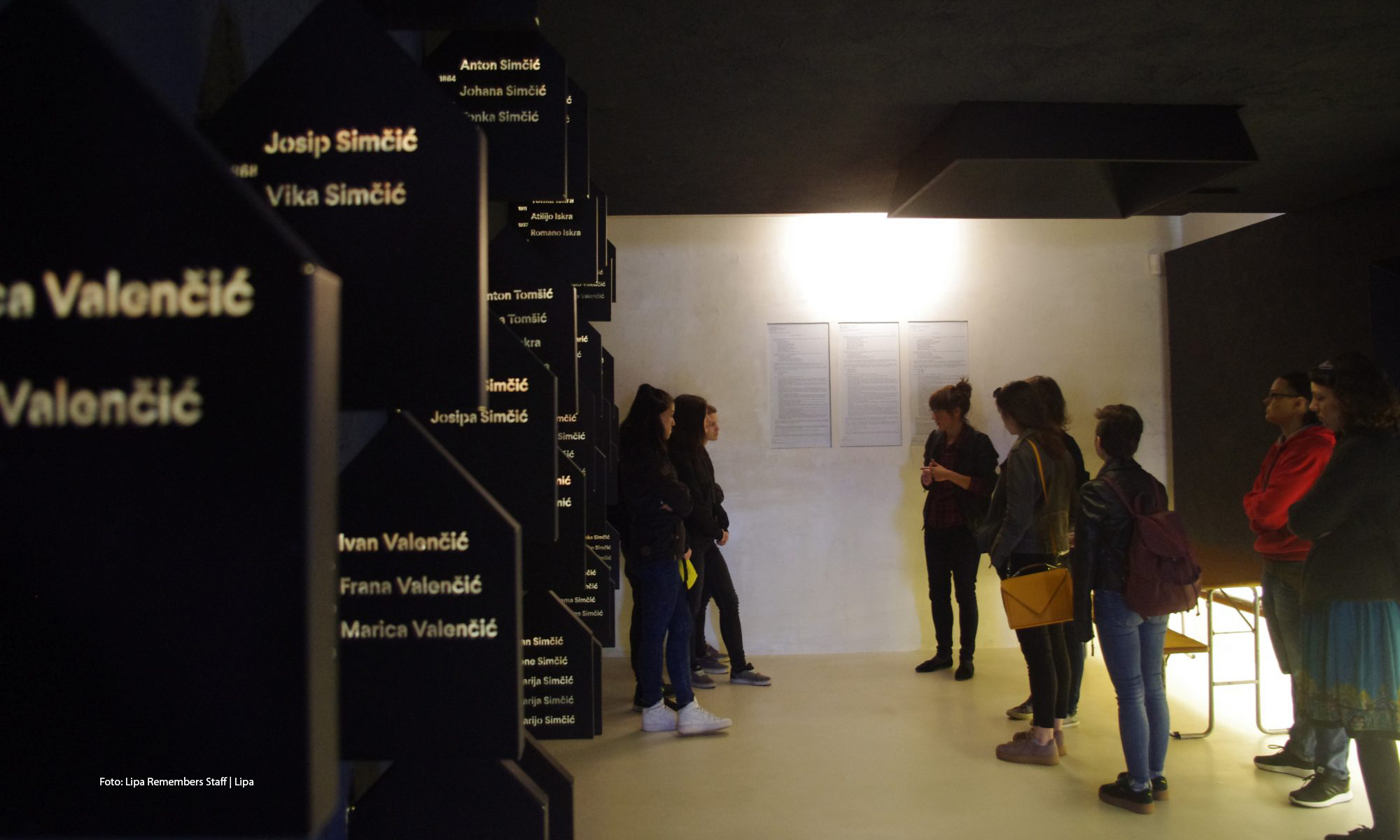 The first part of the project was held at The Memorial Centre Lipa, situated in the village of Lipa. On 30th April of 1944 the village Lipa lost 269 of its inhabitants in just a few hours, mainly elderly people, women and children. This crime was committed by Nazis and fascists during the Braunschweig offensive, a military operation aimed against the insurgent partisans „gangs“. The killings of civilians were followed by ransacking and arson of their homes and outbuildings. Lipa welcomed the end of World War Two on its knees with survivors left homeless and desperate. A long and strenuous reconstruction began with lives affected by a sense of loss.

We organized a workshop for high school children (Civil Engineering High School in Rijeka) and our goal was to make them understand that terrible things can happen as well to someone around our own neighborhood. In addition, we discussed the possibility of reflecting on traumatic historical events through art expression.

The workshop was divided in three parts. At first we have had a guided tour through The Memorial Centre after which we had a lecture about artists whose work addresses current refugee crisis. Also, we discussed different types of art manifests and their importance. At the end, the high school children developed their own ideas and art projects, addressing all the things they learned that afternoon.