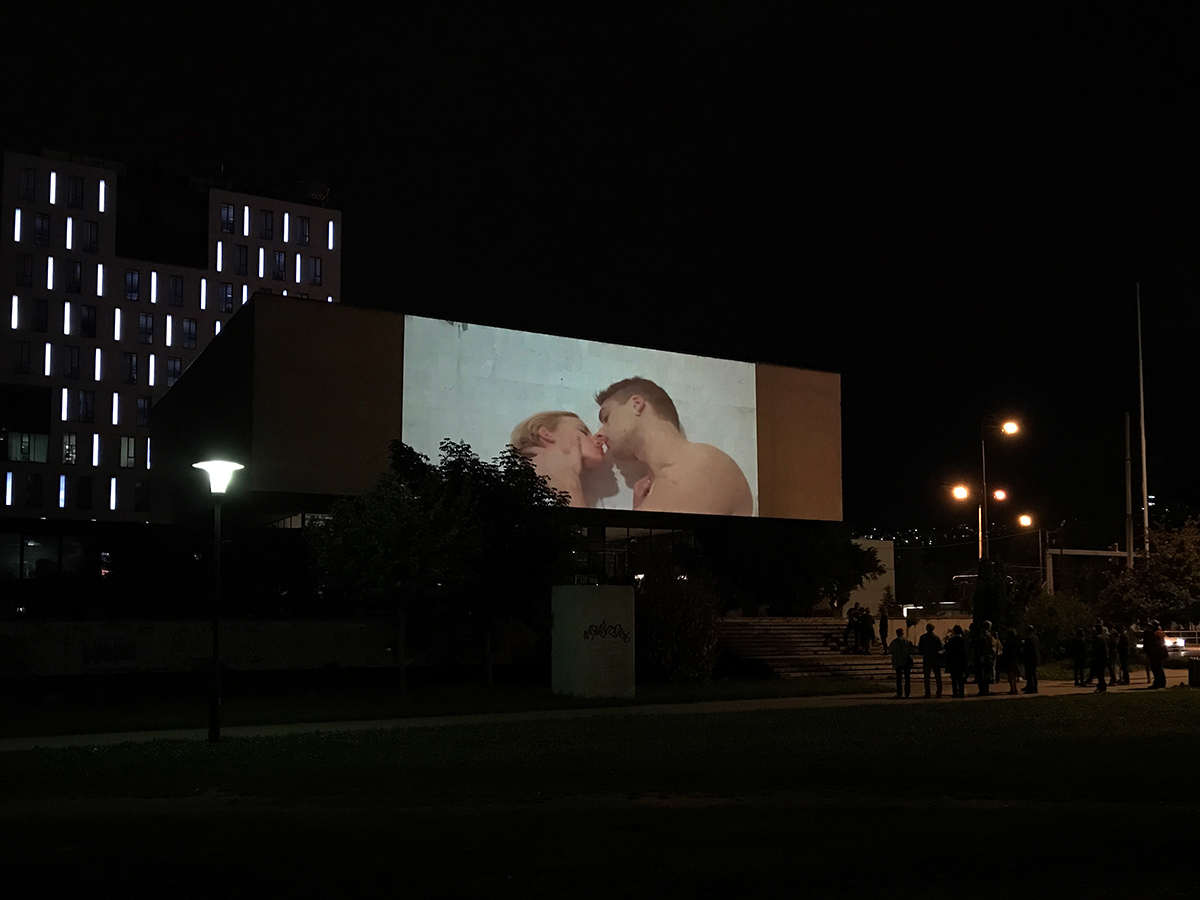 An adapted version of the video installation WEEKEND LOVERS I, by the Montenegrin artist Dante Buu, was presented by the History Museum of Bosnia and Herzegovina in cooperation with Public ROOM Sarajevo as part of the program of the European Museum Night 2017 and International Museum Day 2017. It was realised within the framework of the project Inverting Battlefields – For A Borderless Future by XENOS Graz.

The video installation Weekend Lovers I (2013) questions and challenges the idea of false identities constructed upon traditional gender roles. We see a girl and a boy who, by the standards of hetero-normativity, look like a perfect heterosexual couple. An infinite kiss, the “glory” of love that is expected and socially acceptable in slow motion.

The adaptation of the work was created by the author of the original work, Dante Buu, and Mak Kapetanović, one of the curators of the Inverting Battlefields project. From the perspective of the project’s context and the theme of the International Museum Day 2017 (speaking the unspeakable at the museum), Dante and Mak manipulated Weekend Lovers with the so-called ‘splitting frame’ technique; inserting photographs from the Second World War (courtesy of the archive of the History Museum of Bosnia and Herzegovina) and the siege of Sarajevo, 1992-1995. In this way, the work questions and problematises more than just gender roles, which is a relevant topic spoken about with difficulty in Bosnian society, but it also intertwines the cruel contrast between love and death, tenderness and violence, destruction and creation.